You may have been wondering why I haven't been blogging much since leaving Fakebook and Instagrab. Well, I've been sticking to the "If you can't say anything nice, don't say anything at all" narrative.

And what I have to say isn't nice. Not by a long stretch.

But, I believe it needs to be said.

We're hearing from farmers around the WORLD that this last year was their worst year ever. Either their animals didn't breed back, or they lost the babies due to miscarriage or death shortly after birth. (We're also hearing this from cattle ranchers, and Tyson recently said their chicken shortage was due to "underperforming roosters.")

Donkeys are pregnant for 11-14 months. This gestation period is longer than most farm animals, and as a result, their risks of being harmful exposures during that time, environmental or otherwise, is greater.

No one is talking about this, but, if you've been paying attention, you may have noticed that all the big players are investing heavily in factory cloned meat.

But, to be clear, eating meat from cloned animals in the USA is nothing new. Our FDA approved it back in 2008.  And no, they don't have to label your hamburger as coming from a clone.

So. Unless you know your farmer, you're probably already serving cloned meat to your kiddos. (Let that sink in.)

Factory cloned meat, however, takes the clone to a new low.

This is "meat" grown and cultured in factories from day one.

Ahhh, but I can hear you now. YOU will never eat factory cloned meat.

The wealthiest people in the world would disagree.

We're not just talking about Billy Boy Gates, Richy Rich Branson, and....gulp, Cargill and Tyson investing in the stuff. We're talking about the big guys in the meat industry shutting down meat processing plants as they shift their investments to factory cloned meats.

Now, why do you think that is?

I can tell you this. One of the MD's who is going public with what he knows, on a global tour, has told me personally that we need to do everything we can to protect the fertility of our animals. And our Veterinarian agrees.

And it breaks my heart.

If you haven't put together what I'm saying, I'm happy for you.

This stuff is heavy. And hard. And I really, really hope I'm just the crazy donkey milk lady, seeing flaming swords where there are none.

Either that, or invest in cloned meat  and insect-o-food.

For the record, our farm has had one of it's most fertile years ever. We've had Jennies we thought were barren having healthy babies.

I wonder why that is?

I'll be sharing a not-so-cryptic video on this topic on our YouTube channel soon.

Bring it on, Fact Checkers and hate mongers.

We milk donkeys for a living.

We were the butt of A** jokes and Fact Checking before they were cool.

By the way, getting a beat down for speaking unwanted truth isn't a new thing.

Balaam fact checked his donkey for telling him he was about to walk into a death trap.

I'm not a Doctor, or a Prophet, but I am stubborn as a donkey. And God has given us some pretty brilliant friends, connections we never could have made on our own.

And the courage to open our mouths and speak.

Bring on the beat down.

We have a Friend in the High Place.

And He has our back. 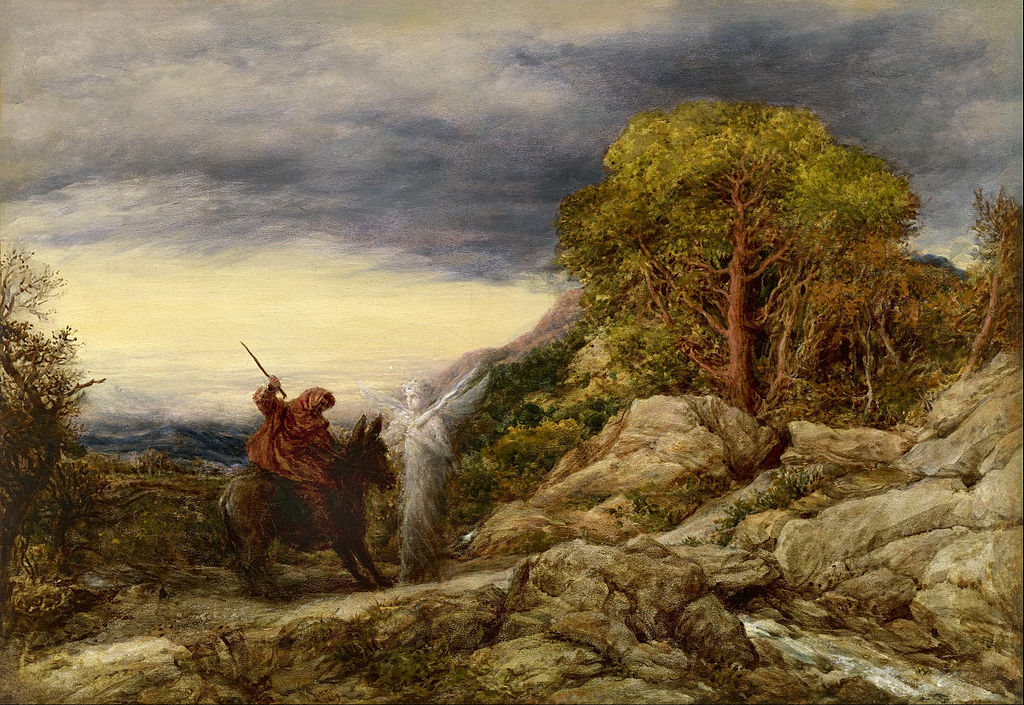 The Prophet Balaam and the Angel by John Linnell (1859)

If you are a farmer who gets what's at stake, please comment below with your contact information so my followers will know who you are and how to buy direct from you.